The History of The Kimberley: Joseph Bradshaw

Kimberley coast cruises offer a luxurious way to take in the rugged, beautiful scenery of the Kimberley region while also giving you the opportunity to find out more about the rich history of the area. If you’re a history buff, you’ll be fascinated by the stories of some of the early white settlers to the area and their experiences in the Kimberley. One of the most influential settlers was Joseph Bradshaw who become the first European settler to see some of the ancient Aboriginal rock art of the area.

The life of Joseph Bradshaw

Born in Melbourne in 1854, pastoralist Joseph Bradshaw decided to try his luck and form a syndicate to acquire land along the Prince Regent River in the Kimberley after hearing positive reports about the area. In 1890, he received 20 blocks of land with each comprising of 50,000 acres on either side of the river and in 1891 he headed for Wyndham with the intention of looking at his pastoral leases. Unfortunately, Wyndham had been decimated by a cyclone and when Joseph arrived he found it completely destroyed. Undeterred, he set off to explore the area with the rest of his group, but they lost their bearings while searching for Bradshaw’s land. By chance, he came across ancient Aboriginal rock art and took sketches of these paintings. This is particularly significant as Bradshaw became the first European settler to see this style of rock art.
Eventually, Bradshaw settled on the land leases and, after marrying in Melbourne, returned to the area with a group of settlers. The station was eventually abandoned in 1894 given the isolation of the area and a large livestock tax which had been introduced. Eventually, Bradshaw settled on a station in the Northern Territory.

Although the Wandjina style of rock art had already been discovered as early as 1838, Joseph Bradshaw’s accidental discovery marked the first time Europeans had come across a new, unique style of Aboriginal rock art. The ‘Bradshaw paintings’, now commonly known as Gwion Gwion, are stylistically different to Wandjina art and predominantly show human figures. Interestingly, when the original mural that Joseph Bradshaw had seen and sketched was rediscovered almost a century later, it was found that his drawings were remarkably accurate. The Bradshaw rock art continues to be area of fascination for researchers and visitors alike and has contributed significantly to the history of the area.
If you’re ready to experience what the Kimberley region has to offer, Ocean Dream Charters provide a range of scheduled cruises which allow you to immerse yourself in the sights, sounds and history of this beautiful part of the world. Sit back and let our experienced crew take care of you as we show you what makes the Kimberley so special. We also provide private charters if you prefer a more personalised experience.
For a truly unforgettable Kimberley holiday, contact Ocean Dream Charters today on 1300 944 727. 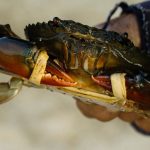 Bag Yourself a Mud Crab with Kimberley Tours

The Fascinating Early History of the Kimberley 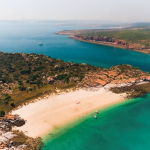