The Kimberley is one of the last great wildernesses with it’s vast, rugged beauty and pristine coastline. With so many incredible sights to take in, it can be hard to narrow down your itinerary but you should definitely take the time to visit Montgomery Reef which is one of the wonders of Kimberley coast. Let’s take a closer look at why the incredible Montgomery Reef is a must-see for your next Kimberley holiday.

Montgomery Reef is located 20km off the Kimberley coast between Camden Sound and Collier Bay and is an incredibly diverse coral reef which covers 300 square kilometres. The reef was named by explorer Phillip Parker King who named it after his surgeon, Andrew Montgomery. The Montgomery Reef falls within the Camden Sound Marine Park which is an important humpback whale nursery. Due to its location, the only way to access the reef is by boat.

Marine life of the reef

Montgomery Reef boasts an amazing array of marine life contained within its unique ecosystem including crabs, starfish, turtles and octopus. A true sanctuary, six species of threatened marine turtles make the reef their home. Montgomery Reef is also home to larger sea creatures including whales, dolphins, reef sharks, dugongs and manta rays who stay close to the edge of the reef at low tide.

One of the most incredible features of Montgomery Reef is the spectacle it provides at low tide when it seems to rise out of the water. This effect is due to the huge tides which can see up to 10 metres of variation in the water level in a single day. As the tide goes out, the reef emerges from the water to create cascading waterfalls. At low tide, up to five metres of the reef can be revealed and many birds and marine creatures venture in to see what morsels have been trapped by the low tide.

One of the most interesting stories connected with Montgomery Reef is that of the Yawijibaya people who lived on the nearby High Cliffy Islands for almost 7,000 years. Stories began to emerge of a tribe of tall, physically superior Aboriginal people who lived on the islands and survived off the marine life on offer in the area. However, soon after video footage of the tribe was captured in 1929, the tribe of 300 people disappeared and were never seen again. To this day, what happened to the Yawijibaya people remains a mystery. If you’ve been on the lookout for Kimberley holidays packages, Ocean Dream Charters offer a number of scheduled cruises as well as private charters aboard our luxury vessel. Come with us for an unforgettable experience as we show you everything the Kimberley has to offer. We provide Kimberley holidays for seniors, couples and singles – anyone who is ready to explore this beautiful part of the world! For Kimberley adventure holidays, contact Ocean Dream Charters today on 1300 944 727. 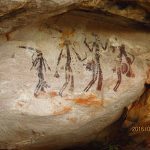 Discovering The Aboriginal Rock Art Of the Kimberley Region 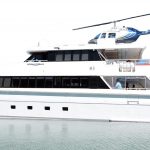