Fishing for Mangrove Jack in the Kimberley

If you’re about to cruise the Kimberley on a well-earned holiday, chances are you’re going to want to try your hand at fishing. Whether you’ve never tried it before or are an experienced angler, fishing is one of the main activities that draws people to the region. Although you’re probably keen to land some of the bigger fish such as Barramundi and Threadfin Salmon, don’t overlook the Mangrove Jack – this feisty fish which will offer quite the challenge when you attempt to reel it in and also tastes delicious!

A bit about the Mangrove Jack

The attractive and intelligent Mangrove Jack comes in a range of colours, from dark orange to a reddish brown depending on age. A predatory fish, they come with a sharp set of teeth which they use to their full advantage when they ambush their prey – they can also use them on unsuspecting anglers so be careful! The Mangrove Jack can grow up to 10kg but are generally between 1kg and 3kg. As the name suggests, they are often found hidden in the mangroves of estuaries and rivers before moving on to open water as they mature. Once they’ve moved into open water, they’re harder to catch because they tend to hang around reefs where lines are easily caught and are pretty speedy.

One of the best things about the Mangrove Jack is the sense of accomplishment you get when you land one due to them being hard work! When it comes to increasing your chances of catching a jack, try your luck near their favourite hiding spots around mangrove roots, submerged trees and rocks. Expect them to hit your line hard and hold on for dear life as they’ll make their characteristic run to safety once they have the bait or lure. If you still have a hold of your fish after their attempted escape, you have a better chance of landing it.
Luckily, the Mangrove Jack isn’t fussy when it comes to bait and although live bait is recommended, you can also give dead bait such as whiting and prawns a try – it all depends what mood the fish are in! Keep your sinker light or forgo it altogether and opt for a sturdy but compact hook. If you’re lucky enough to land a good sized Mangrove Jack, you’re in for a treat – they’re a sweet, tasty eating fish.

When you set off on WA cruises in the Kimberley area, do it in style with Ocean Dream Charters. Our experienced crew will show you everything the Kimberley region has to offer, including all of the best fishing spots. Don’t worry about bringing along your own fishing gear – we have all the fishing supplies you need on board. Sit back, relax, and experience this beautiful part of the world on a scheduled cruise or private charter.
For unforgettable Kimberley cruises 2018, contact Ocean Dream Charters today on 1300 944 727 and book your next adventure. 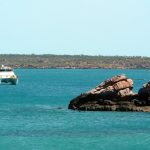 5 Reasons Why the Kimberley Should be Your 2018 Holiday Destination 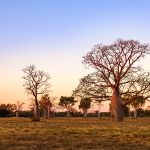