The stunning landscape and abundant wildlife brings visitors back to the Kimberley region again and again. However, it’s not just the scenery which makes the Kimberley such an incredible holiday destination – it has a fascinating past which is sure to excite every history buff. Today, we’ll be looking at the story behind the merchant vessel Koolama which is the only Australian ship to have been bombed and sunk by the Japanese in WA waters during WWII.

The attack on the MV Koolama

In February 1942, during WWII, the Kooloma was making its way from Fremantle to the northern ports of WA. It carried crew, passengers, army personal and cargo, as well as being equipped with machine guns. On the 20th of February, the Koolama was attacked by a Japanese plane, although all of the bombs fell into the water and no damage was caused. A short time later, three more Japanese planes returned to bomb the ship and over the next thirty minutes the Koolama was severely damaged.
With the ship taking in water, the decision was made to beach the ship at Rulhieres Bay (now known as Koolama Bay) and the ship was evacuated, while crew carried out repairs to the ship. After hearing word that the Koolama had been bombed, a group of Benedictine priests and Aboriginal guides set out to assist and arrived on the 24th of February. While the sick and wounded were transported to the Drysdale River Mission by boat, the remainder travelled on land over 120km in tough terrain to get to the mission. They eventually arrived back at the mission on the 4th of March.
While one of the survivors became ill and died on the return journey to the mission, it’s miraculous that there were no other casualties. One crew member who received serious head injuries during the attack managed to recover.

The sinking of the Koolama

Some of the crew and passengers stayed behind to continue to work on the Koolama and they managed to re-float the ship and return to Wyndham Port. However, the journey back to the port caused further damage and, after the pumps filled with mud, the Koolama eventually sank on the 3rd of March.
When it comes to exploring the historical past of the Kimberley region, Ocean Dream Charters let you do it in style. Come aboard our spacious 80-foot twin-hull catamaran and relax in one our lounging areas or sit back in the six seater spa to take in the scenery. Our crew will take care of your every need and there are a range of activities on offer if you’re up for a little adventure.
To discover the Kimberley, WA, contact Ocean Dream Charters on 1300 944 727 and book your next escape. 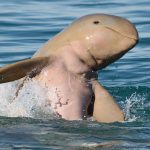 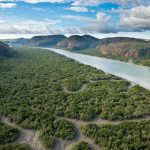 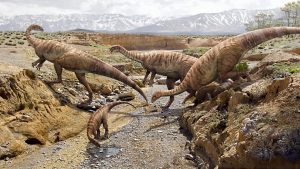