The Kimberley is a truly untouched landscape which offers a fascinating glimpse into the ancient past. Although the beautiful Aboriginal rock art of the region is one of the most well-known historical features, there is another attraction which dates back even further. Incredibly, the Kimberley is home to some of the most impressive examples of dinosaur footprints in the world and gives us a unique insight into the creatures which once roamed the area.

When dinosaurs roamed the Kimberley

We all know that dinosaurs once ruled the earth but it’s rare that we get to see actual evidence of these massive animals. However, when you visit the Kimberley, you have a unique opportunity to see genuine dinosaur footprints. In the sandstone rock along the Kimberley coast, there is evidence of an amazing 21 different types of dinosaur footprints which have been preserved in the rock. Scientists have deemed the collections as the most diverse dinosaur footprints in the world and they were made when the animals were crossing wet, sandy areas. The animals that left these prints would have lived in the Kimberley some 130 million years ago.
Since 2011, scientists have been visiting the Kimberley to research the footprints and there are 48 different sites which are home to thousands of footprints, located from Roebuck Bay up to Cape Leveque. The size of the tracks range from a small 20cm all the way up to prints of more than 1.5 metres. These prints have been an important part of the cultural heritage of the traditional landowners of the area.
One of the main questions visitors have when they see these incredible footprints is why there are no dinosaur bones in the area, only footprints. The answer is that scientists aren’t sure, although one theory is that the conditions of the region weren’t good for preserving bones so all fossil evidence has long since gone.

Not only is the Kimberley home to a diverse collection of dinosaur footprints, the world’s biggest footprints can also be found with scientists discovering huge footprints which measure a massive 1.7 metres on the Kimberley coast. These colossal prints are from a species of sauropod and are bigger than examples in the Mongolian desert which were previously through to be the biggest in the world. Judging by the massive feet, the dinosaurs who left the prints are estimated to have been 5.3 to 5.5 metres at the hip.
Ocean Dream Charters are currently offering scheduled Kimberley cruises 2019, and our experienced crew are ready to show you everything this rugged part of the world has to offer. Whether you want to try your hand at landing a barramundi, visit one of the pristine beaches, take a dip under a waterfall or simply relax on the deck, we offer you a truly unforgettable experience.
Whether you’re looking into Kimberley cruises 2020 or want to book something even sooner, contact Ocean Dream Charters today on 1300 944 727. 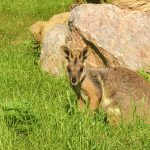 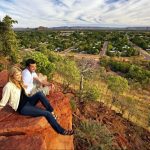