With picturesque landscapes, fascinating historical sights, second to none fishing and spectacular sunsets, a Kimberley cruise has something to offer everyone. However, one of the biggest attractions to the region has to be the unique array of wildlife which make the Kimberley their home. Just one of the creatures which is well known in the Kimberley is the elusive bilby.

What is a bilby?

The bilby is one of Australia’s most recognisable animals and it’s hard to find a cuter marsupial with their blue-grey fur, long snout and rabbit-like ears. Those ears aren’t just for show – they radiate heat which helps the bilby cope with high temperatures. Bilbies are nocturnal and spend their days in their burrows which they dig with the help of a strong set of claws and forearms. As a clever design feature, the pouch of the bilby faces backwards so their babies stay protected from flying sand. When it comes to their diet, bilbies eat a variety of foods including fruit, bulbs, fungi, insects, seeds and even some small animals.
The bilby also has the honour of being Australia’s version of the Easter bunny and each year, chocolate versions of this gorgeous marsupial are available to raise money and awareness for this endangered creature.

Once found across 70% of Australia, the bilby is now endangered due to issues such as predation from feral animals, competition for food, and loss of land and is considered vulnerable to extinction. There were once two species of bilbies, the Greater Bilby and the Lesser Bilby, but the Lesser Bilby is thought to have become extinct in the 1950s. Currently, the bilby can be found in desert areas of Western Australia, the Northern Territory and Queensland. In an effort to help the bilby bounce back from the brink, there are a number of reintroduction programs and other initiatives to ensure that the bilby stays a permanent fixture in Australia.

Protecting bilbies in the Kimberley

The Kimberley is one of the few areas in Australia where bilbies are found and efforts are underway to protect them. The Kimberley Bilby Project is an initiative by the WWF and aims to work with Indigenous rangers, communities and organisations to coordinate efforts to protect bilbies in the region. Traditional landowners are sharing their knowledge of the land and the bilby to further the efforts of the project. Bilby surveys are also being carried out across the Kimberley to keep an eye on the population.
If you’re ready to embark on the best Kimberley cruise and get to know some of the local wildlife, look no further than Ocean Dream Charters. Our carefully planned scheduled cruises show you the best the Kimberley has to offer and you can relax in luxury aboard our 80 foot catamaran. If you prefer a more personal touch, we can also arrange a private charter.
Come aboard with Ocean Dream Charters and cruise the Kimberley in style – call us today on 1300 944 727. 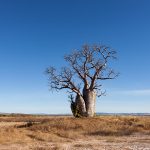 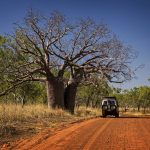