When you embark on luxury Kimberley cruises, you can expect to see an incredible array of wildlife who call this untouched wilderness home. While most people know about the resident crocodiles of the region, there are also much cuter animals which you can become acquainted with, including the rock wallaby. Today, we’ll take a closer look at this furry Kimberley local.

Rock wallabies are medium-sized marsupials who, as their name suggests, are specially equipped for the rocky terrain. Their textured feet are perfect for gripping onto rocks and their strong hind legs make them agile climbers, able to navigate difficult landscape with ease. Rock wallabies are nocturnal so they stay hidden during the heat of the day inside caves, crevices, rock stacks, cliffs and overhangs before becoming active during the twilight and night time hours. Rock wallabies feed on grass, leaves, seeds, fruit and don’t like to venture too far from their shelter for food.
There are 16 species of rock wallabies found in Australia, many of which are under threat from foxes and feral cats, competition from other herbivores such as rabbits and goats, habitat destruction, and diseases.

Rock wallabies of the Kimberley

The rugged, rocky terrain of the Kimberley may look unforgiving but it’s the perfect setting for the resident rock wallabies and with any luck you may spot one sitting in the shade, particularly at dusk. Look closely though – they’re well camouflaged!
In an effort to preserve the Kimberley rock wallaby, traditional land owners are working in conjunction with the World Wildlife Fund (WWF) to find out more about the region’s rock wallabies by carrying out surveys to collect information about these shy creatures in an effort to understand more about the population. This project focuses on the Nabarlek and Monjon rock wallabies and the black-footed rock wallaby.

Amazingly, a species of tiny rock wallaby was recently rediscovered in the Kimberley region. Aboriginal Uunguu rangers had been surveying areas in the far north of the Kimberley when they came across evidence of the Nabarlek, Australia’s second smallest rock wallaby. Although this tiny creature can be found in small populations offshore, this is the first time there has been official evidence of the Nabarlek on the mainland since the mid-1970s. Uunguu rangers now hope to capture images of the endangered Nabarlek. The rediscovery of this tiny marsupial on the mainland is hopefully a positive sign for the future.
With Ocean Dream Charters, you’ll explore the beautiful Kimberley region in style. Aboard our 80-foot twin hull catamaran, we have six ensuite staterooms for a spacious and comfortable stay. Enjoy our freshly prepared meals, sit back on the deck to take in the view or relax in our six seater spa while you take in the sights!
If you’re ready to cruise the Kimberley in luxury, speak to the team at Ocean Dream Charters today on 1300 944 727. 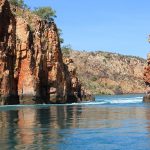 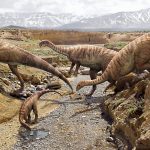