The best way to explore the Kimberley region is by water and when you embark on a Kimberley cruise, you’ll have access to stunning sights that you otherwise would never be able to visit. A perfect example is Jar Island – this stunning little island not only offers stunning scenery but also has a fascinating past. Let’s take a closer look at what you can expect when you drop anchor at Jar Island!

Jar Island is located in the southern part of Vansittart Bay and is a striking sight with sandy beaches, rocky sandstone outcrops, and a spectacular array of caves. Surrounding the island are the turquoise waters of the Timor sea and many people try their hand at fishing in the area while taking in the rugged landscape which is dotted with plant life. A range of animals have made Jar Island their home including the golden-backed tree rat, echidnas and an array of birds who nest on the island.
Jar Island was named by Phillip Parker King who was famous for surveying the coastline of the Kimberley and the name was chosen due to shards of pottery which were found there. This pottery is thought to have been brought there by the Macassars who originate from Indonesia and had been travelling to the Kimberley coastline for centuries to trade with the Aboriginal people.

Although Jar Island is worth the visit just for its picturesque surrounds, it’s best known for the ancient Aboriginal rock art which can be found across the island. There are art sites at numerous locations on the island and there are spectacular depictions of both the Wandjina and Gwion Gwion, also known as Bradshaw, rock art styles. Some of the ancient rock art of the Kimberley is thought to be an incredible 50,000 to 60,000 years old and much of the art on Jar Island is remarkably well preserved due to their location under rock ledges and inside caves which protects them from the elements. While the Wandjina art on Jar Island is estimated to be around 1,000 years old, the characteristic elongated figures of the Gwion Gwion rock art is far older with estimates of 30,000 to 40,000 years old.
If you’re lucky enough to find yourself on Jar Island on your next Kimberley adventure, take your time exploring as you experience the ancient past that the island has to offer.

You can’t go past the Kimberley when it comes to beautiful charter destinations and Ocean Dream Charters will deliver a holiday experience you’ll never forget. From exciting activities and exploration to relaxing and watching the sunset, you’ll find yourself fully immersed in the Kimberley experience. Speak to us today for more information about Kimberley adventure cruises!
For luxury Kimberley cruises, contact Ocean Dream Charters today on 1300 944 727.

Fishing for Mangrove Jack in the Kimberley 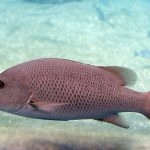